Europe and the Antartic are the two continents, where Acacias are not endemic. Profiting from the mild climate of the Mediterranean countries like France, Italy, Spain and Portugal Acacias have been introduced there 200 years ago and thrive. Some have even become local invaders.

To find out which species have been localized and what economic value they bring to the area, I visited Southern France in February 2005. It is at this time of the year that most Acacia bloom naturally. And the French Tourist Industry has started to market the beauty of the Mimosa with all kind of Festivals, corsos, excursions and other attractions.

What I found during that study trip is documented in the following chapters:

Introduction of Acacias to Southern France 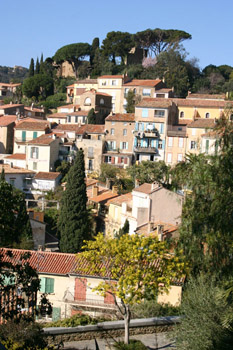