In Sekhukhuneland as well as further north in Limpopo province, about 150 km south of the border to Zimbabwe, we encountered plants that have a resemblance to A. mellifera, but have more pairs of pinnae and more leaflet pairs per pinna than A. mellifera. It also sometimes shows three hooks at the nodes, all three directed upwards. 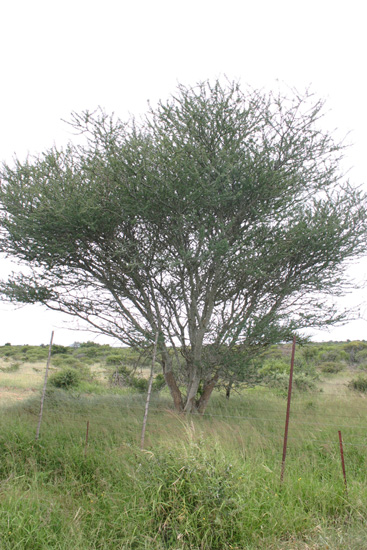 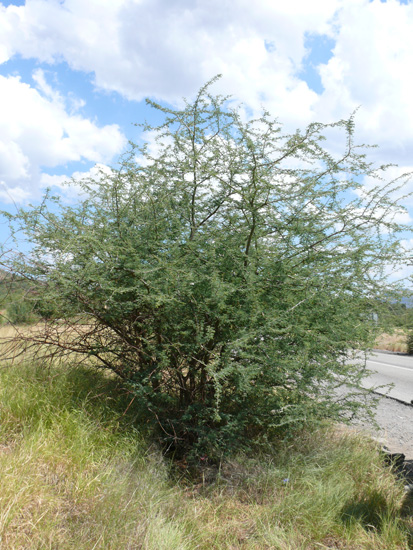 In the area also occur A. leihorachis and A. mellifera

The question was raised, if these poulations represent a southern occurance of A. laeta.

If you search for Acacia laeta in Google there are more than 16.000 links. That means that A. laeta is a well known, widely distributed and heavily cited plant. It has, however, not been described as occurring in South Africa. 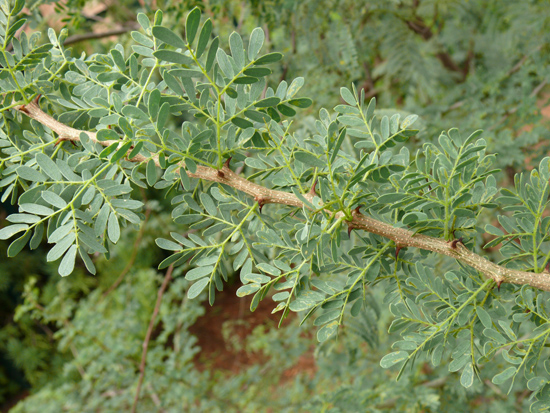 Bot. Garden Nelspruit, 5.2.07; 2nd. Generation (Plant grown from seeds of
A. laeta in Sekhukhuneland) has more leaflets than the examind leaf described below. 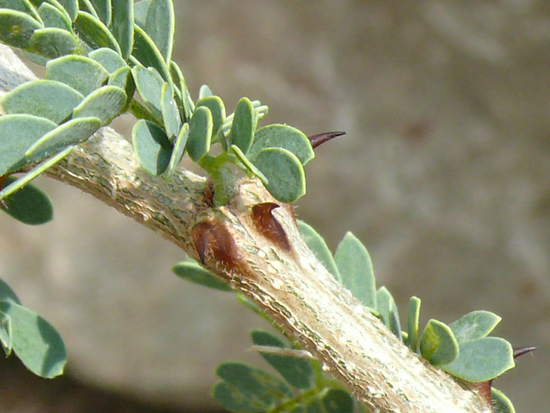 In C. Campa et. al (1998), p.299, it is stated that the zymogrammes of A. laeta are resulting from a juxtaposition of the isoenzymes of A. senegal and A. mellifera. That means that A. laeta has a fixed heterozygoty, which strengthens the hypothesis that A. laeta is an interspecificÂ  hybrid between A. mellifera and A. senegal. (2)

Formerly that plant had only been observed north of northern Tanzania. The A. senegal parent always was A.senegal var. senegal.

2 hook thorns, occasionally three, all showing in the same direction (different from hook positioning in A. senegal.). In one case ( see photo below) we even found 5 hooks at a node (or were there two nodes very close together?).

J. Hurter has observed in former years, that the flowers have a pinkish tint.

In the Field Guide to Acacias of East Africa (2006) p.97, the author states that she has found both creamish white or bright pink flowers, sometimes both.

Comparing the features of A. laeta from the literature with our observations, there is no obvious difference between A. laeta as occurring in the Sahel countries and the taxa seen in South Africa.

More data for this article should include:

- a detailed description of the taxonomic features

- a picture of the pinkish flowers 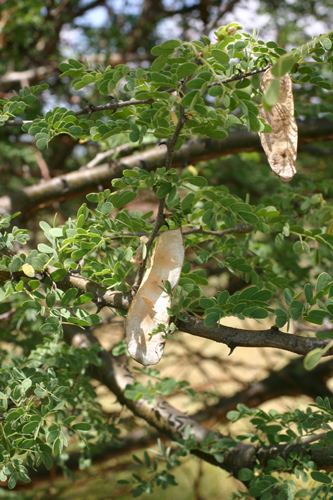