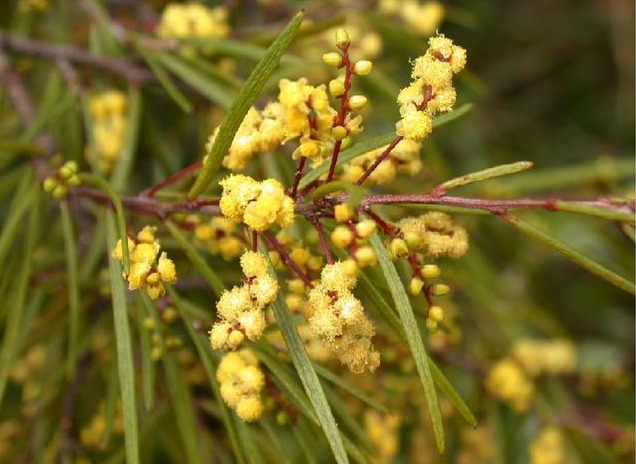 Acacia derwentiana is a new species from Tasmania

described by Alan Gray in 2005 (Muelleria 21: 107-110). It is a small to medium shrub 1-3 metres high, with pale yellow to almost lemon yellow flowers held in loose cylindrical spikes from October to December.We asked Alan whether the species has been introduced into cultivation. He advises that it has been propagated,
chiefly from cuttings as it seems to be a poor seed setter. This has been done by Will Fletcher of Plants of Tasmania nursery. Alan advises that well before he described it Will Fletcher was calling it Acacia 'Derwent Cascade', either because it grew on the bank of the River Derwent near some small cascades or because of its weeping habit 'cascading' – he is not certain. Alan has also seen a large plant in a garden at Cygnet - it looked really ornamental but he has no idea from whence it came!